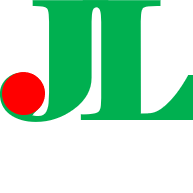 In October 2020, 478 thousand of the 5 million economically active population aged 15 years old and over were unemployed translating to an unemployment rate of 9.6 percent.  This was 1.3 percentage point lower compared with 10.9 percent unemployment rate in July 2020. (see Table A).

Employment rate was recorded at 90.4 percent

Six in every ten persons aged 15 years old and over are economically active or are in the labor force in October 2020.  This also translates that about 5 million of the 8.7 million persons in October 2020 are either employed or unemployed. (see Figure 3)

Central Luzon ranked seventh with 57.3 percent from among the regions with LFPR lower than the national rate of 58.7 percent.  Zamboanga Peninsula (Region IX) recorded the lowest rate at 55.7 percent. On the other hand, Caraga (Region XIII) and Northern Mindanao (Region X) recorded the highest LFPR at 63.8 percent.

Underemployment rate was registered at 8.0 percent